Home About Us The Partners 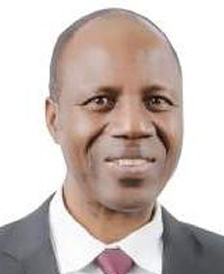 Dr. Sunday Adache is a professional and expert at many fronts. He holds a doctorate in Business Administration plus certifications as well as practice expertise in other fields including Entrepreneurship, accountancy, information systems, and Engineering. This is possible due to his passion for mastery of every field of endeavor he finds an opportunity. Dr. Adache has to his credit over thirty years of practice experiences in accounting, auditing, financial and management consultancy. He had the privilege of professional training with the firms of Deloitte (where he started his accountancy training through a special scheme in 1989) and later continued professional practice with KPMG in 1995.

He has worked extensively on the audit of various organizations cutting across different industries, such as telecom, non-profits, hospitality, public sector, energy, pension funds, manufacturing, education etc. Furthermore, he is a researcher and consultant in general business advisory services, wherein he possess extensive expertise on revenue mobilization and enhancement for public sector entities. His engineering background coupled with personal business management exposure puts him in good grade in being able to decipher complex business problems. 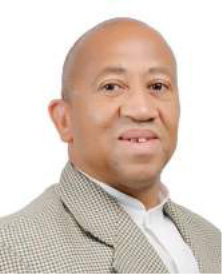 Mr. Sam Mphaka has a vast experience (over 20 years) in corporate finance, accounting, taxation (e.g. tax planning and preparation of tax returns for clients) and leadership.  Further, he has extensive experience in project and programme management.  He has held executive management positions in the above mentioned fields in a number of reputable organizations, both in Lesotho (i.e. Lesotho National Development Corporation, and Lesotho Housing & Land Development Corporation) and in South Africa, namely, Mineworkers Development Agency.  He was part of the leadership, as a Deputy Chief Executive Officer, of the Millennium Challenge Account Lesotho Authority, commonly known as MCA-Lesotho, who successfully implemented a multi-billion Rands and multi-projects programme, commonly known as the Lesotho Compact, over the Compact-period of five years from 2008 to 2013.

Furthermore, Mr. Sam Mphaka is an academic, having previously lectured at the Centre for Accounting Studies for six years and part-time lectured at the National University of Lesotho for a year.  He was a partner at SMAS Auditors, a firm of Chartered Accountants and Auditors, which became part of the PKF International Group on 1st September 2015.

Moreover, Mr. Sam Mphaka has served as a board member for a number of reputable organizations both in Lesotho (i.e. Lesotho Brewing Company, O.K. Bazaars, Lesotho Revenue Authority, Metolong Authority etc.) and South Africa (i.e. Rutec Pty Ltd, Mineworkers Recycling Company etc.).  He is currently the Chairman of the Council of the Centre for Accounting Studies, a local professional accounting training institution.  He also has a wealth of experience in sport administration at federation and national levels, dating as far back as 1995.  He is currently an Honorary Member of the Board of the Lesotho National Olympic Committee.